The Eyes of the People: Democracy in an Age of Spectatorship

For centuries it has been assumed that democracy must refer to the empowerment of the People's voice. In this pioneering book, Jeffrey Edward Green makes the case for considering the People as an ocular entity rather than a vocal one. Green argues that it is both possible and desirable to understand democracy in terms of what the People gets to see instead of the traditional focus on what it gets to say.

The Eyes of the People examines democracy from the perspective of everyday citizens in their everyday lives. While it is customary to understand the citizen as a decision-maker, in fact most citizens rarely engage in decision-making and do not even have clear views on most political issues. The ordinary citizen is not a decision-maker but a spectator who watches and listens to the select few empowered to decide. Grounded on this everyday phenomenon of spectatorship, The Eyes of the People constructs a democratic theory applicable to the way democracy is actually experienced by most people most of the time.

In approaching democracy from the perspective of the People's eyes, Green rediscovers and rehabilitates a forgotten "plebiscitarian" alternative within the history of democratic thought. Building off the contributions of a wide range of thinkers-including Aristotle, Shakespeare, Benjamin Constant, Max Weber, Joseph Schumpeter, and many others-Green outlines a novel democratic paradigm centered on empowering the People's gaze through forcing politicians to appear in public under conditions they do not fully control.

The Eyes of the People is at once a sweeping overview of the state of democratic theory and a call to rethink the meaning of democracy within the sociological and technological conditions of the twenty-first century. 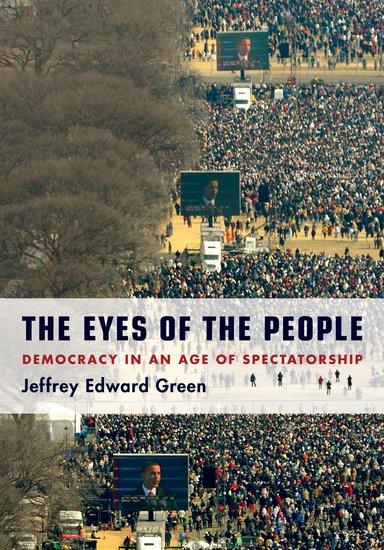