The Diffusion of Military Power: Causes and Consequences for International Politics

The Diffusion of Military Power examines how the financial and organizational challenges of adopting new methods of fighting wars can influence the international balance of power. Michael Horowitz argues that a state or actor wishing to adopt a military innovation must possess both the financial resources to buy or build the technology and the internal organizational capacity to accommodate any necessary changes in recruiting, training, or operations. How countries react to new innovations--and to other actors that do or don't adopt them--has profound implications for the global order and the likelihood of war.

Horowitz looks at some of the most important military innovations throughout history, including the advent of the all-big-gun steel battleship, the development of aircraft carriers and nuclear weapons, and the use of suicide terror by nonstate actors. He shows how expensive innovations can favor wealthier, more powerful countries, but also how those same states often stumble when facing organizationally complicated innovations. Innovations requiring major upheavals in doctrine and organization can disadvantage the wealthiest states due to their bureaucratic inflexibility and weight the balance of power toward smaller and more nimble actors, making conflict more likely. This book provides vital insights into military innovations and their impact on U.S. foreign policy, warfare, and the distribution of power in the international system. 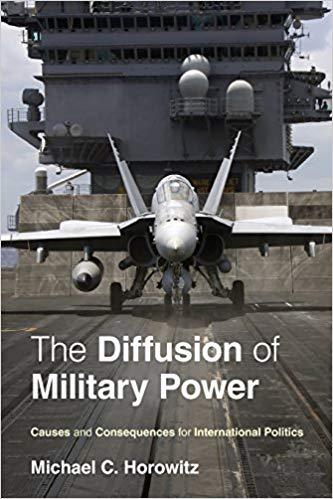